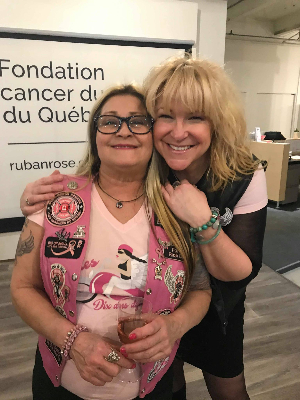 Ride de Filles was founded in 2009 by Sylvie Brisebois, to help and support 2 friends suffering from breast cancer. First edition, 50 participants raised over $ 6,000. From that "THE" Ride de Filles was born in Quebec.

More than $ 709,839 has been collected since 2009 for Quebec Breast Cancer Foundation, half of this amount only in the last 4 editions. A fundraising record was reached during 2020 edition, more than $128,881 raised despite the stakes caused by the pandemic.

There are now more than 308 female motorcyclists who take part in it with emotion, accompanied by a group of 70 volunteers who support and participate in the success of this event.

Proud of this initiative, the Foundation awarded the Pam McLernon Distinction Award to Ride de Filles in 2017 for the fundraising activity of the year.